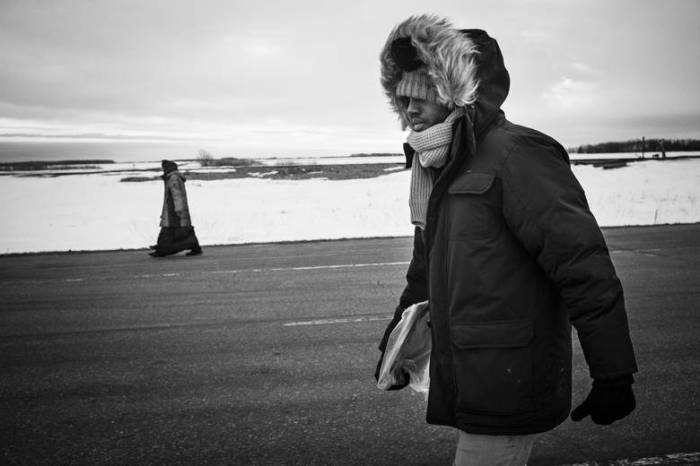 After the U.S. elections last November, many Canadians half-jokingly prepared for an influx of disaffected liberal Americans fleeing the new Trump regime. And while the Canadian immigration website crashed on the night of the election, it seems that few American political refugees have indeed crossed the border.

Rather, Canada now faces a much more serious border problem. Over the last two months, hundreds of immigrants who were seeking refuge in America are now fleeing north to Canada, evading official border stations in favour of crossing unguarded parts of the border at night, often in -30 degree Celsius weather.

This surprising turn of events appears to be driven by two factors: fear among migrants that their asylum applications will be rejected under the Trump Administration, or that his election has emboldened racist threats; and a decade-old agreement between the United States and Canada called the Safe Third Country Agreement. This policy, implemented in 2004, states that anyone who applies for asylum in one country cannot then make a second refugee application at the other country’s border. 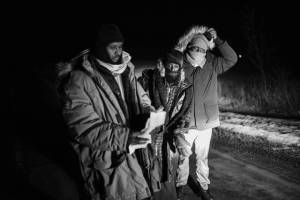 The upshot is that thousands of asylum seekers in the United States who are now worried about their status since President Trump first announced a travel ban cannot walk up to a Canadian border station and apply for refugee status there. However, if they manage to enter Canada without passing through an official border crossing, they are entitled to an asylum hearing. As a result, hundreds of refugee seekers – many of them Somalis crossing into Manitoba, and multiple ethnicities crossing into Quebec – are risking crossing the border during hypothermic nights in order to avoid detection until they are picked up in Canada.

Fortunately, there have not been any recorded deaths from these irregular crossings, but the images of desperate families risking their health and lives to cross a border and avoid detection bears uncomfortable similarities with the U.S.-Mexican border. There are also parallels between the infamous coyotes who guide undocumented immigrants across the Mexican desert and who often act with impunity, and reports of taxi drivers in northern U.S. states gouging asylum seekers with exorbitant rates to drive them close to the U.S.-Canadian border.

As well, tiny Canadian border towns like Emerson, Manitoba, and Hemmingford, Quebec, are ill-equipped to be the main gatekeepers for this influx. To give a sense of scale, Emerson, with a population of 671 people, welcomed over 100 migrants in January and February alone. Meanwhile, 635 refugee applicants made irregular crossings in Quebec last month, compared to only 99 a year ago. With the White House announcing a revamped travel ban this week, and warmer weather ahead, this trend is only likely to increase in the coming months.

Ten minutes later, another group of five people approaches the border at the same spot. One of them, a 30-year-old Somali man, says he has been in the U.S. for seven months but his refugee request has been denied. ‘I’m concerned that they’ll send me back to Somalia,’ he says, declining to provide his name. ‘I hope Canada will let me stay and let me live free.'” – Justin Giovannetti, The Globe and Mail

Does Canada now have a southern border problem, much like its own neighbour to the south? Debate in Canada intensified this week as Public Safety Minister Ralph Goodale met with his U.S. counterpart, Homeland Secretary John Kelly. Some conservatives argue that Canada must either boost its patrols of unguarded sections of the border to prevent people from crossing, and/or ask the American Border Patrol to increase enforcement on its side of the border. Meanwhile, some on the left point to the inhumane conditions that asylum seekers face in avoiding official border crossings due to the Safe Third Country Agreement.

Indeed, many Canadian newspaper editorials have called for the repeal of the Safe Third Country Agreement with the United States, given the new insecurity that refugee applicants now face under a Trump Administration. This would allow refugee seekers who are worried about their status in America to make another asylum claim at an official Canadian border station, which could then redistribute claimants across the country, presumably allowing for a safer and more orderly process. Some critics of this idea counter that making this passage easier could lead to an unmanageable surge in refugee applicants to come north from the United States, on top of the 40,000 refugees that Canada has already committed to welcoming this year. 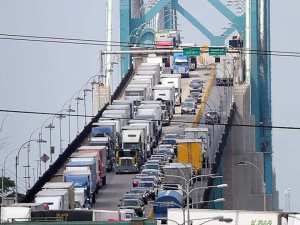 But the greatest obstacle to simply revoking the Safe Third Country Agreement is likely the risk that it would endanger other aspects of U.S.-Canadian border cooperation. Interestingly, while Canada’s immigration laws theoretically allow it to designate other states as “safe third countries”, only the United States has won this designation to date. This agreement was one of 30 points that made up a larger U.S.-Canadian Smart Border Plan, which was signed in the months following the Sept. 11 attacks. In addition to provisions on refugee applications, the Plan also includes agreements on facilitating travel between the two countries (e.g. broadening the availability of the NEXUS pass, which allows frequent travellers to be pre-screened and receive expedited processing each time they cross the border), expediting commercial shipments from pre-screened companies, and jointly funding infrastructure improvements near border crossings.

Over $2 billion in goods and services cross the U.S.-Canadian border every day, far more than any other border in the world. And, while the ensuring free flow of goods and people is important to both countries, it is absolutely vital to Canada, which relies on the United States as a market for 75 percent of its exports. (In contrast, the United States’ export markets are much more diversified – while Canada is still the largest single importer of U.S. goods, it only buys 17 percent of U.S. exports.)

In this context, and especially with a mercurial U.S. President, Prime Minister Justin Trudeau and his government have clearly made preserving an open border Canada’s #1, #2, and #3 foreign policy priorities. While Trudeau has highlighted Canada’s openness to refugees, he is likely loathe to unilaterally revoke the Safe Third Country Agreement and risk provoking a U.S. counter-response that threatens some of the other guarantees achieved in the Smart Border Plan. 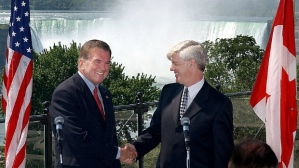 The official signing of the U.S.-Canada Smart Border Plan in June 2002. (Source: CBC)

Ultimately, even if the Trudeau government is keen to make a policy change that allow for refugee seekers to enter Canada in a more humane way, it appears to be bound by policies that were designed by previous U.S. and Canadian governments. Fifteen years ago, those policies were likely effective ways to resolve the issues of the day, and may have even seemed humane from a Canadian perspective. One of the largest border concerns of the post-9/11 era was the prospect of would-be terrorists entering the United States from the north, and the Safe Third Country Agreement seemed like a vote of confidence for Canada’s immigration system. But under today’s different circumstances, the same policies are leading to unintended consequences – potentially driving a looming humanitarian crisis.

Perhaps one of the lessons that can be drawn from this conundrum is a set of recommendations for making policies more resilient to uncertainties and changing circumstances. While 15 years ago it might have seemed unlikely that thousands of refugee applicants in the United States would head north to avoid anti-immigrant policies, we could have predicted that tying together so many aspects of border policy into one plan – including safety, trade, immigration, and infrastructure – would make it more difficult to  change any one aspect that became outdated. Had these each been separate agreements and legal entities, today’s Trudeau government may have been more emboldened to revisit the Safe Third Country Agreement without fearing the complete unravelling of all aspects of border cooperation.

The tradeoff is that negotiating each item separately would likely have taken years longer, and may not have resulted in as many “wins” for each country as a package deal; hence the common temptation to bundle many different political compromises into an overall “omnibus” bill. But in an ever more quickly-changing world, especially when it comes to migration, preserving resilience and flexibility on border control, rather than deepening border integration, may become a more palatable approach to governments of both the left and right.