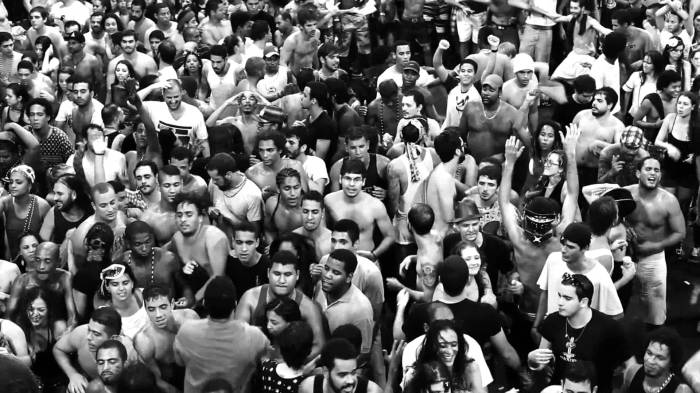 Following up on our top news articles of 2016, another annual Pine Tree Republic tradition is to review the past year in world music. With digital music services making ever more music available from around the world, it can be difficult to distinguish what makes “world music” distinct from any other kind of music we might hear these days. In many ways, that’s an exciting development; as music from different cultures becomes more mainstream, hopefully it will help us all better understand each other’s traditions and narratives.

Still, the sheer volume of music available today can make it difficult to keep up with interesting trends and styles bubbling up around the world, and we often don’t get a chance to explore the deeper traditions from which these new styles evolved. In that spirit, here are five of our favourite albums that came out in 2016 from different corners of the planet. In many cases, these albums represent efforts to adapt rich cultural traditions to an electronic age; in our hyper-connected world, these albums also feature exciting explorations of the connection between diverse musical styles.

As always, we look forward to hearing what kind of music moved you over the last 12 months! 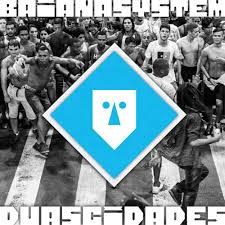 Brazil has a proud tradition of exporting its rich music and culture around the world. In previous decades, artists such as Antonio Carlos Jobim, Gilberto Gil, and Joao Gilberto popularized the Afro-Latin beats of samba, bossa nova, funk, and many other styles to international audiences. The 2016 Summer Olympics provided a good opportunity to re-engage with Brazil’s contemporary music scene and discover new musical traditions that have been brewing in this multicultural nation. One of my favourite new releases of the past year was Duas Ciudades, by Baiana System, a trio from Bahia-Salvador. This state in northeast Brazil – often referred to as Brazil’s most African-influenced region – produced many of the country’s most legendary musicians, and continues to reinvent itself as a lively hub of Carribbean-influenced electronic music. Baiana System’s music fuses Jamaican-influenced reggae, calypso, and electronica with samba beats and airy guitar melodies. Duas Ciudades‘s opening track, “Jah Jah Revolta, Pt. 2”,  transports you to a beach with a cool breeze and palm trees swaying the background. Another highlight is “Lucro: Descomprimindo”, featuring an infectious mix of horns, guitar melodies, and reggae beats. 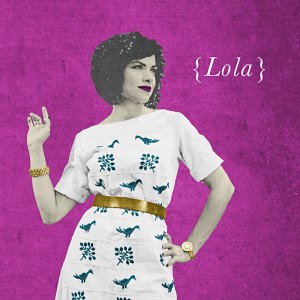 This album isn’t overtly political, but given the role that race and identity played in the U.S. presidential election, it’s hard to find a more socially resonant album among the world music offerings of the past year. Chronicling the experiences and challenges of immigrant families, with one foot in Texas and one foot still firmly planted in Mexico, Rodriguez’s music challenges the preconception that people can be categorized in one box. In our review of this album earlier this year, we noted the intermingling of the two cultures through language, musical styles, and the stories painted on them. A few months later, this is still a favourite album for exploring a range of emotions, from longing for love across a language divide, to a rock anthem, “Z”, for the culturally marginalized in the entertainment industry. 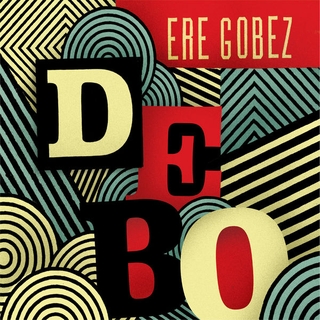 One of the potential pitfalls of cross-cultural collaborations is the risk that the sum may not always be greater than its parts. Sometimes, the different cultural traditions may seem to sit side-by-side, rather than combining and enhancing each other into something new and exciting. This is definitely not the case for the Debo Band, an ensemble that has won accolades from numerous festivals and publications for its modern take on Ethiopian funk. Led by Ethiopian-American saxophonist Danny Mekonnen, and featuring musicians from both Ethiopia and the Boston area, the band fuses Ethiopian pop and 70s funk traditions with a brass band and rock horn section.

The Debo Band’s second album, Ere Gobez, pops with exuberant energy. Lead singer Bruck Tesfaye’s Amharic lyrics add urgency to the grooves laid down by the horn section, each propelling the other. The result is a seamless, cohesive album with intriguing melodies in every track. This is not only an album to play as background music for good times, it’s worth several repeat listens to appreciate the depth of the music and all its influences. 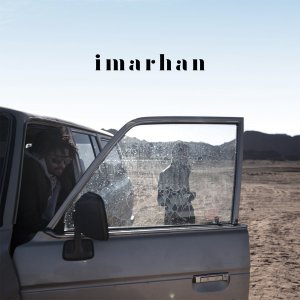 On the surface, Imarhan appears to be yet the latest in a long string of bands from the North African Sahel Desert’s Touareg people to find a Western audience. By now, the rhythms of bands like Tinariwen and Bombino have almost become mainstream, as Western producers such as The Black Keys’ Dan Auerbach and The Yeah Yeah Yeah’s Nick Zinner scour the region for the next electrified “desert blues” band to bring to mass production.

But in their debut album, Imarhan create a sound that feels a bit different. They share the electric guitar riffs and hypnotic chants and musical “loops” of previous Touareg bands, but there is something softer, almost more rounded about their sound. Rather than letting the rhythms dominate the music, Imarhan more carefully blends them into their melodies to create a more contemplative sound. If artists like Tinariwen and Bombino are considered the Sahel’s version of blues, Imarhan might be thought of as “desert soul”. This is an excellent album for a late-night drive or a quiet drink while watching the sunset. 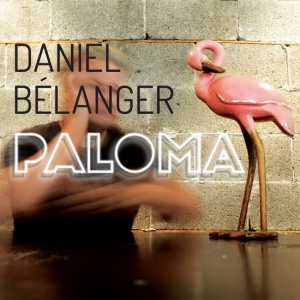 Music from Quebec, Canada’s most francophone province, has become such a regular part of my listening diet that I tend not to think of it as “world” music anymore. But this recent release from Daniel Bélanger is especially worthwhile of attention. Bélanger is quickly becoming my favourite Québécois singer-songwriter. There’s something about his voice and plaintive, yet optimistic lyrics that invoke a sense of nostalgia for simpler times; when I played one of his other recent albums for a couple French friends, they marvelled at how this contemporary singer sounded like he came straight from a 1950s-era Paris café. What makes Bélanger’s albums so interesting is how he sings in this warm, poetic style while expanding the sonic landscape with modern electronic-inspired beats. While stylistically quite different from Bon Iver, Bélanger shares similar concepts to the Wisconsin musician’s recent work: exploring how to have a warm, human connection with today’s digital soundscapes. His latest release, Paloma, succeeds in forging a crisp, meditative, and ultimately hopeful listening experience.

One thought on “The Top World Music Albums of 2016”