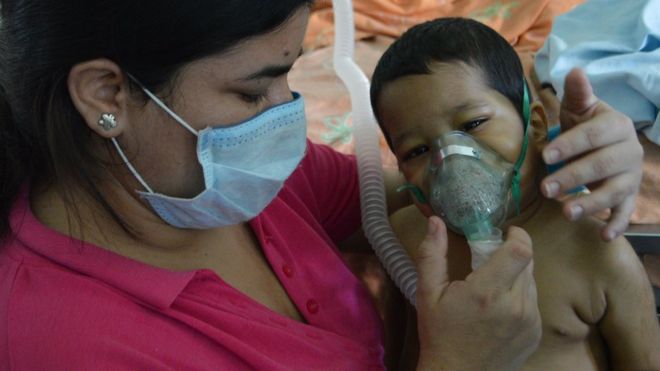 Venezuela’s healthcare is one of several systems threatened by an economic collapse. Source: BBC News

Sometimes, global crises hit without warning. Natural disasters, such as the massive 2010 earthquake in Haiti, or the 2011 earthquake and tsunami in Japan, are still beyond our ability to predict with precision and accuracy (though the social and environmental problems that followed may have been more predictable). In other cases, we miss the warning signs as crises build up slowly, only to suddenly reach a tipping point before we can stop them. This is often the case for civil wars and genocides, such as the Rwandan and Balkan conflicts in the 1990s, and the current Syrian conflict; the Sept. 11 attacks and subsequent war on terrorism could also be placed in this category.

Once in a rare while, the warning signs of an impending crisis are so obvious that we actually see it coming in time to prepare for it. Precisely such a situation is building up in early 2016 – the widely-predicted economic and political collapse of the South American petrostate, Venezuela.

The numbers are staggering: Since the beginning of this year, Venezuela’s misery index, which combines a country’s unemployment and inflation rates, has doubled from an already-troubling 75 to close to 150. The national currency, the bolivar, used to trade at roughly 65 per U.S. dollar at the beginning of 2014; it is now worth approximately 1/1000th of a dollar on the black market – and that will likely worsen as inflation is projected to skyrocket to 720 percent this year. Just this past week, the government made headlines in announcing a 6,000 percent increase in local fuel prices, though in practice, Venezuelans will still pay less than any other country in the world for gas, at around 25 cents to fill up a tank.

Still, the upshot of this burgeoning collapse is already quite tangible. With the government setting price controls, and the bolivar nearly worthless, supermarkets, drugstores, and factories sit nearly empty. And just as the Zika virus spreads across the region, hospitals have little medicine to treat patients, while the federal government doesn’t have the resources to even inform the public of the threat. 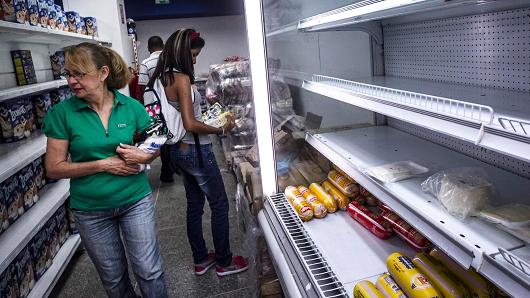 Meanwhile, President Nicolas Maduro, who took over for former revolutionary autocrat Hugo Chavez after his death in 2013, is taking increasingly desperate measures (including the 6,000 percent fuel increase, and a 52 percent hike in the minimum wage) to stave off a complete economic collapse. Economists are increasingly pointing to the end of this economic quarter, when Venezuela is required to pay back $3 billion (US) to international creditors, as a potential date for the country’s default.

Closer to home, Maduro most also contend with a looming political crisis. Following a decisive loss to the opposition MUD coalition in last December’s parliamentary elections, Maduro has decreed that the legislative body no longer has the power to remove Venezuela’s central bank governors, and stacked the country’s supreme court with political allies before the new parliament took session.

The most direct cause of Venezuela’s problems is tied to the collapse of the global oil price. There are several “petro-states”, or countries whose economies are dominated by oil production, but Venezuela is among the most highly-dependent on the industry; about 95 percent of the country’s export revenue comes from oil. Thus, when oil drops from $100 US per barrel to under $30 per barrel in less than two years, Venezuela will feel the pain earlier and deeper than most other oil-producing states – especially since it is more expensive to produce oil in Venezuela than in any other country in the world, owing to the relatively low quality of its oil reserves, and antiquated facilities. In fact, even when oil was trading at $100 per barrel, Venezuela was still losing money in producing it.

Venezuela’s break-even price, or the consistent global oil price it needs in order to make an acceptable return on investment, is the highest in the world at $150 per barrel. Source: knoema.com

Taking a couple steps back, one longer-term issue that has contributed to Venezuela’s imminent collapse is the fragility of both its economic and political systems. The OPEC member is perhaps the best example of a concept called the “resource course“, whereby a country with vast natural resources does not develop to its full economic potential. There are several dimensions and theories for why a resource curse exists, but one common explanation is that a country without strong institutions tends to become increasingly reliant on revenues from non-renewable resources to deliver basic government services (it is also more likely to fuel corruption at the elite level).

Consequently, both the economy and political legitimacy of the country are optimized, or closely tied, to the resource sector – making it difficult for the country to absorb significant changes or challenges to this development model. By contrast, consider a diversified country such as the United States – even with a catastrophic financial collapse in 2008-2009, Americans could still access government services and goods, and the political system was not threatened (save for a few days of government shutdown). 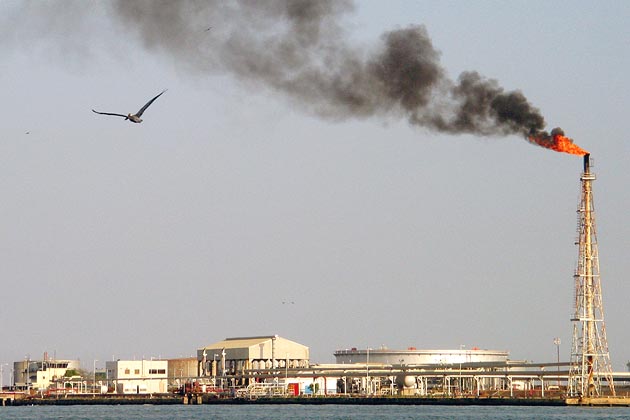 While the Venezuelan systems appear to be on the verge of collapse, perhaps a more relevant question is whether our key global systems are capable of absorbing a Venezuelan collapse in the coming months. Put another way, are there cascading effects of the country’s collapse that could significantly impact other countries and systems across the continent and around the world?

The unintended consequences of international events are notoriously difficult to predict, much less to prepare for. But, if we can at least identify some of the key ways in which Venezuela currently interacts with broader global systems, we can begin to assess whether they would be prepared for a Venezuelan collapse.

With that in mind, here are four key interactions with global systems to pay attention to:

“Domestically, the most likely scenario is an imminent economic collapse and a humanitarian crisis. [Venezuela will be] the largest and messiest emerging market sovereign default since the Argentine crisis of 2001.” – Ricardo Hausmann, Director, Harvard Center for International Development

What do you find most worrisome in a potential Venezuelan collapse? What measures could the global community take to prepare for this outcome?