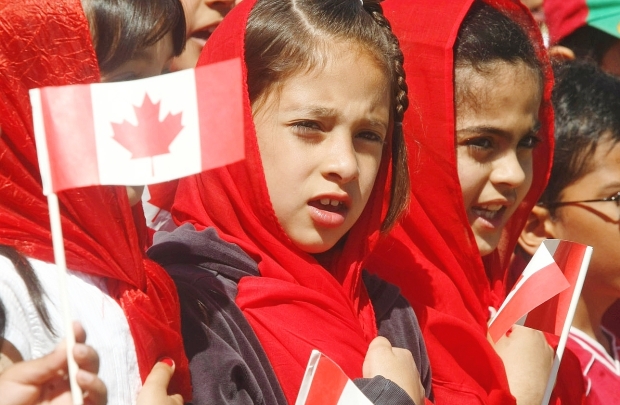 Ed. Note: Over the past two weeks, we have explored one Syrian refugee’s experience immigrating to Canada. As the refugee crisis has become front page news around the world, Canada’s response to this issue has been the subject of a national conversation and a hot topic in a federal election campaign entering its final month. While different proposals have emerged from top political parties regarding the number of refugees to welcome and how fast this should happen, there has yet been little discussion of the practical issues involved in navigating Canada’s refugee system.

To help us understand the current state of this system, I recently interviewed a friend who came from Syria to Canada more than three years ago as a refugee from the worsening government crackdown on its people. He continues to interact with the refugee system today as he attempts to bring the rest of his family to Canada, and has experienced both sheer joy and incredible frustration in his quest to reunite his family. Out of respect for his privacy, we’ve decided to keep his identity secret and refer to him as “X” in this series of articles.

The first post of this series recounted the events that led to the unraveling of Syria in late 2011, and the conditions that forced X to leave his home. In the second post, we delved into X’s experience in Canada as he attempts to build a new life and navigate our country’s refugee system.

Today, we share X’s reflections on his experience, and the practical advice he would give Immigration Canada on how to make our system easier to navigate for Syrian refugees, and how Canadians can help ensure a successful transition for newcomers.

Be sure to check out ways to help Syrian refugees at the end of this article. We’ll wrap up this series next with a final installment synthesizing some of the key themes from this interview, and a policy proposal on how Canada can most effectively respond to this humanitarian crisis.

Q: Having been through several steps in setting up your life as a new Canadian, what changes would you recommend regarding Immigration Canada’s policies for refugees?

A: I took my permanent resident card after more than three years in Canada. I called Immigration Canada many times to try to get an update on my status, without any answer. [In the meantime] I was trying to travel, just to change the routine, change everything. I wanted to travel to America just for one month and come back to Canada, but I was not able.

So my first advice would be [as follows]: After I registered in the refugee program, why did the government not let me travel to America, only to see my uncle, my friend, anyone? Just to change the life; it’s really hard for me. It’s not allowed [before getting a permanent resident card].

The second advice: The refugee system in Canada used to take a long time. Now, I think it is a little bit better. If you are already in Canada and register in the refugee program, after two months, you have to go to court [for a hearing]. There is no more five-year wait, there is no more one year and nine months.

The government gives you $620 [per month]. But what if the government helped pay for [a semester] at the cheapest college? How can I work a job if someone speaks to me and I can’t understand them?”

They told me, “Sorry, you don’t have permanent residency. Sorry, I know you are a refugee, but we cannot help you.” But other countries, like Germany and Sweden, when people register as refugees, it’s free for them to study German or Swedish.

Something else: Why are the processes very slow? I know the government is very busy; a lot of people are coming, but the government in Canada now knows the situation in Syria. They know how many people died, more than me, because it’s the government. They know everything. So for example, someone like me. I applied to bring over [some family members]. There is a bad situation, everything is expensive, there is killing and bombing in Syria. There is no electricity for maybe one week at a time, no water; I don’t know how the people are still alive!

So why will the application take one year and a half, even now today? I ask myself, “How can I think my [family] will be alive for six more months?” So my advice, if there is someone in Canada who is applying to sponsor a family member, and he has paid taxes, he has a good name, and he can sign to say, “I will never let my [family member] come and ask the government – let’s say welfare, [Employment Insurance]”, because I’ll sponsor them. I hope the government understands this – one year is a long time.

Q: What has been the impact of the delay you’ve experienced in trying to bring over your family?

It would be amazing if you apply for a family member, [and you were told]: ‘Ok, we will give you the visa after three months, after six months.’….But if you tell me, ‘Just wait’ – how long do I have to wait? Six months? Seven months? One year? You really don’t know what’s going on.”

A: When I talked to [my family], I didn’t let them know everything. I said, “Ok [relative], I applied [for you to come to Canada].” They said, “Do you have any idea how long I have to wait to come to Canada?” I said, “Probably one or two years.” I didn’t tell them a couple months. Because if I told them, for example, three months, after three months they will ask me, “Has anything happened?” “No.” After four months: “Has anything happened?”

So I don’t want to keep them like this, confused. So I [told them]: “Maybe one year. Maybe one year and a half.”

So my [other relative] now, they’re scared. They told me, “Why did my [relative] get approved, while I have not been approved yet?” I told them, “I don’t know”, but the [immigration official] I talked to told me, “Don’t worry, your [relative] will be approved and is coming soon. Maybe one month, two months, six months, I don’t know.”

Really, if the following would happen, it would be amazing. If, for example, you apply for a family member, [and you were told]: “Ok, we will give you the visa, after three months, [or] after six months.” So I won’t be scared, because I know after six months, I will know the result of whether my [relative] is coming or not. But if you tell me, “Just wait” – how long do I have to wait? Six months? Seven months? One year? You really don’t know what’s going on. But if there is a system, after six months, or even if the government told me, “after exactly one year, you will [have a decision]”, I will know exactly when I will have the results.

Q: We often hear about families from outside Canada trying to come here, but how is the situation different if you’re applying for refugee status (for yourself or a family member) from within Canada?

A: The people who are registered as refugees inside Canada have a worse status than the people who are coming from outside Canada. I will give you an example: My friend came as a refugee [recently]. From the first day he arrived at the airport, he took the permanent residency card. If you’re trying to apply from outside, it’s easier than [applying from here]. If you try to register as a refugee after you arrive to Canada, it’s really very difficult. [One of my family members] arrived in Canada as a refugee earlier this year. He has more days [towards his citizenship application] than me. And I have lived in Canada almost four years.

Anyone who registers as a refugee from outside Canada, when he arrives to Canada, he will [be accepted for] permanent residency, everything. The government helps him when he arrives. They pay for his utilities, give him $800 monthly for one year, give him a discounted card for public transit. This is really awesome. Maybe after a couple months, he can take a job, understand the new situation.

And if there are refugees who come here and don’t know anyone in Canada, I hope there is some team in the government who can help him – just for the first month. To help him learn, “You can sleep here, you can eat from here, this application will help you,” something like this. So after one month, at least he can understand where he is now, which street [to live on], which restaurant [to eat at], how to buy the ticket for the bus or train. 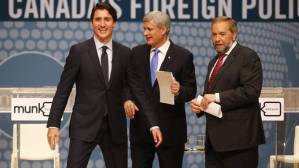 Canada is the second-largest country in the world, after Russia. And it really has a lot of space, and it can bring in some people to open restaurants, hire 10 people to work in the restaurant, pay the tax, and really help its people. If I do a good job, and I get $5,000, I don’t really have any problem if the government takes $1,500 from me in tax. Because I know the government will help someone else, how it has helped me before. And this man that the government helps, one day he will take a good monthly salary and he will help a lot of people.

Look, of course the government of Canada cannot bring 1 million, 2 million, or 3 million Syrian people, because it’s really hard. But bring in as many as it can. I know this government cannot help all the Syrian people, but as many as it can. You can help 100,000 people? That is good, better than 0. Some countries have helped 500,000. So as the government can help. Really, this would be good. Because you take these people from dying, from a bad situation, from a bad war.

I don’t care about the politics actually. I just want [my family] to be good. We’re not asking for a high-quality life. I just need a room, to live, eat, go anywhere. I don’t want to [burden] the government. If I see someone criminal, I will call the police. A couple times, I’ve called 911 to say there is someone bad here. The government one day helped me, and told me, “Ok, no one will catch you now.” I will not forget that.

This concludes the three-part interview on X’s experience in navigating the Canadian refugee system, from the conditions that made them leave Syria, to reflections on how to improve the system now that they have been in the country for over three years. I thank the person who was brave enough to share their experience with me and all our readers, and hope it has contributed at least some improved understanding of the promise and challenges that our country presents to someone who wishes to come here as a refugee.

In the coming days, I will offer my own thoughts, with specific proposals on how Canada can improve its refugee system in order to have a greater impact on addressing the current refugee crisis, and in supporting refugees in Canada over the long term.

Meanwhile, if you are looking to help, there are several organizations working on the ground and here in Canada to address this crisis in some way:

One thought on “The View from Syria to Canada, Part III: A New Canadian’s Reflections on How to Help Refugees”