Good morning, Pine Tree Republic citizens! With this post, we debut a new feature called Global Book Club. Once every two months, we’ll post a review of a recent book that has helped us increase our understanding of world affairs, including some key quotes, important themes, and questions to prompt discussion over the next couple months. Feel free to use these recommendations for your own book clubs, and to share your thoughts in the comments below! As well, be sure to check the end of the post for a sneak peek at our next Global Book Club selection.

Age of Ambition: Chasing Fortune, Truth, and Faith in the New China by Evan Osnos (2014) 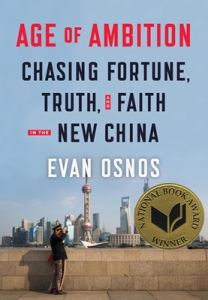 China’s rise to global superpower status is a common muse these days for writers of international affairs. From The Economist to Henry Kissinger, the New African to former Canadian Ambassador David Mulroney – it seems that nearly every publication and former diplomat is preoccupied with explaining how the Middle Kingdom has changed and what it means for the world. Most seem to focus on the macro-scale trends – how the country has grown at double-digit rates, asserted its military dominance in Southeast Asia, exploited the world’s resources, and cracked down on political dissidents, among many others. And while grappling with the macro-trends seems like a natural place to start with such a large country, it can very easily miss the smaller stories lived out by the county’s 1.3 billion people. It is often by digging down at this level where insights about how the world is changing are clearest.

Evan Osnos, a staff writer for The New Yorker and the magazine’s China correspondent from 2008-2013, fills this gap with a book that is at once very personal while also extracting some of the key macro-trends shaping the country. Age of Ambition follows the lives of ordinary and extraordinary Chinese citizens during Osnos’s tenure there, split along the large-scale trends of Fortune (China’s economic rise), Truth (challenges to state authoritarianism), and Faith (the search for meaning in changing times). 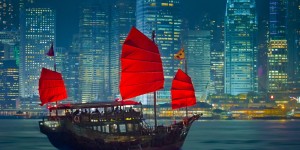 Through a series of vignettes, we meet compelling characters who are emblematic of the changes China is experiencing. Among others, we experience these fascinating times through Michael Zhang, a somewhat naive English student who places blind faith in the new Chinese obsession with climbing the social ladder; Hu Shuli, founder of one of the most prominent news magazines challenging state censorship; Tang Jie, a post-graduate student who turns to nationalism to fill what he perceives as a spiritual void in a materialistic world; and more well-known dissidents such as Ai Weiwei and Chen Guangcheng.

These portraits help shape a picture of a country that is undergoing a transformation not unlike America’s Gilded Age of the late 1800s, when wealth gushed through the country and the lure of social mobility – the ability to transform oneself from rags to riches – truly took root, while also disrupting traditional relationships. Osnos describes this phenomenon succinctly in retracing the journey of Gong Hainan, who would leave her life as a rural peasant to eventually establish China’s most popular online dating site:

The desire to leave – to “go out,” as it was known – swept through villages. It didn’t necessarily engulf the men and women who were most successful or confident. On the contrary, it often settled on the misfits – the restless, the willful, the unblessed. On the day the teenager Gong Hainan was seized by the desire to leave, her mother and her father hesitated. She was their only daughter, and they were country people with no knowledge of the city. But once their daughter had an idea in her mind, she drove it like a mule.” 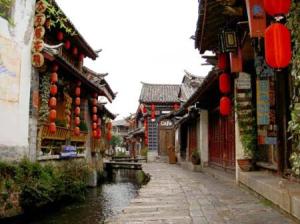 But unlike America’s Gilded Age of the 1880s, China’s Gilded Age of the 2000s has incorporated a massive digital revolution that is reshaping how citizens relate to the state, and how they can participate in the promise of self-transformation. Osnos notes that the use of social media has exploded in China as citizens seek alternatives to the state-controlled media, and in the process has challenged state authority in a way that the more centralized protest movements of the past (e.g. Tiananmen Square) could only have dreamed of:

With so many voices clamouring at once, the Party’s vision of a “central melody,” an ideological consensus, was breaking down. Chinese people were turning to one another not only for information but for trust as well. One year after the arrival of the microblogging site Weibo, a study found that 70 percent of Chinese social media users relied on social media as their main source of news; in America, that number was 9 percent.”

Yet Osnos’s on-the-ground approach to exploring such trends helps paint a more complete picture for the reader than what might be inferred from simply glancing at the stats. In addition to human rights bloggers, these digital platforms are also being used by a new crop of Chinese millennials who advocate for a more militaristic and patriotic Chinese society. Perhaps the most fascinating character in Age of Ambition is Tang Jie, the university philosophy student turned ardent Chinese nationalist, who became famous in the lead-up to the 2008 Beijing Olympics, when human rights protests in several cities interrupted the Olympic torch relay as it made its way across the globe.

Deeply angered by what he perceived as a deliberate attempt to rob China of its long-awaited return to world prominence, Tang created an online video called “China Stand Up“, which featured patriotic Chinese images interspersed with critical statements of  the Dalai Lama and Western media, and warning of the dawn of a “new Cold War”. The video had clearly touched a nerve with Chinese a demographic that Chinese called fen qing, or “the angry youth”: within the first 10 days after it was posted on Chinese websites, the video received over a million views and tens of thousands of favourable comments. Many of those “angry youth” would participate in anti-Japanese riots in subsequent years, fuelled by the Chinese government’s dispute with Japan over ownership of an island chain in the East Asian Sea. 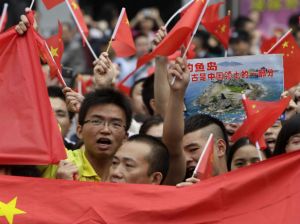 Osnos connects Tang’s popularity among nationalist “angry youth” with that of his counterpart from the other side of political spectrum, the wildly popular online magazine writer Han Han. Han represents everything that Tang does not – most notably, the demographic of young Chinese who are obsessed with material comforts, but also deeply skeptical of anything their government says. Yet, despite their ideological differences, Osnos astutely notes that both Tang and Han are fundamentally “indulging in the new habits of self-creation, and the tentative chance to cultivate political taste” – something that distinguishes their generation from the previous generation of activists in Tiananmen Square.

Ultimately, Age of Ambition provides an ambivalent assessment of China’s remarkable transitions since the late 1980s. While initially lifting hundreds of millions of people out of poverty and giving villagers the chance to remake themselves in the city, constraints on the political system and social mobility have engendered a high degree of frustration among many demographic groups, just as they gain greater access to information and opportunities for self-expression through online tools. This sentiment is summarized by a Tsinghua University sociologist:

What is the most common feeling in China today? I think many people would say disappointment. This feeling comes from the insufficient improvement in lives amid rapid economic growth. It also comes from the contrast between the degree to which individual social status is rising and the idea of the ‘rise of a great and powerful nation’.”

Age of Ambition is an insightful chronicle of how China’s transformation is being lived on the ground level. It does not often provide easy one-sentence summaries of China’s growth or military prowess, but for readers who are ready to move past these slogans and dig deeper, this book is a rewarding next step.