Good morning, Pine Tree Republic citizens! Today we debut a new feature on this blog called Worldbeat. I’m a big fan of world music, and am excited to share some of the latest albums from around the world with all of you. The Worldbeat series will be a monthly feature on one particular world music album of recent vintage, examining the broader societal and historical context in which it was made, as well as the musical traditions it weaves together. If it has a good beat and a strong sense of place, chances are you’ll read and hear about it here! 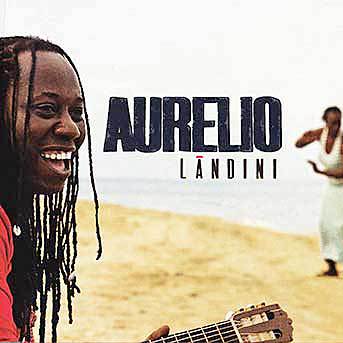 “Afro-Carribean” is a broad term that’s often used to describe music coming from Latin American countries in the Caribbean, including Cuba, Puerto Rico, the Dominican Republic, and others. It references the African roots of many of the region’s inhabitants, descendants of African slaves who were brought over to the Americas from the 1600s – 1800s, and who subsequently mixed with the Spanish, French, and indigenous cultures that were present at the time, forming a rich cauldron of artistic styles. Since then, the term has evolved to include such diverse musical traditions as reggae, Latin jazz, calypso, and reggaeton, each with its own interesting mix of influences. However, as the music evolves, the original melting pot of African, Caribbean, indigenous, and European influences that gave birth to such a musical legacy has often become more of a distant memory.

Landini, the latest album from Honduras’s Aurelio Martinez, not only rekindles that rich mixture, but also reinterprets it by forming new connections between the Caribbean and West Africa. Martinez is a musical ambassador of sorts for the Garifuna people – a minority group located primarily in Central American countries such as Belize, Honduras, and Nicaragua – and the energetic songs on this album reflect the unique melting pot of this culture.

The Garifuna are descendants of intermarriage between West African slaves from the 17th century and indigenous Caribbean peoples, and have endured numerous hardships throughout their history since being expelled from their original homes in Martinique and the French West Indies. Over the past 400 years,the Garifuna have faced war with rival indigenous peoples, repression by French colonists, forced emigration by the British, loss of traditional farmland to larger companies, and the consistent threat of assimilation.

Perhaps as a result, Garifuna music has developed a troubadour style of singing, centred around simple stories that often serve as larger metaphors. For example, Landini‘s title track chorus translates as:

My boat is parked here and the people have gone to the bush. Look at me here, I’m waiting here by the river. Why is the plantation so far away? Why do we have to go so far to reap the food to feed our families?

The music of Landini also reflects the rich history of the Garifuna people; more than 400 years after the arrival of African slaves to the Caribbean, the songs on this album still act as a bridge between Caribbean rhythms and West African melodies. Consider, for example, the second track on the album, “Nando”:

You can immediately hear the distinctive clave beat driving the song, which would be at home in any Cuban son or salsa band.  Once Aurelio’s voice comes in, the sliding melody and repetitive lyrical statements carry a distant resemblance to Senegalese mbalax music, popularized by Yossou N’Dour, among others (as in the song 4-4-44). That resemblance is no coincidence – after a brief stint in the Honduran Parliament, Martinez studied with N’Dour in 2009 while working on his previous album, Laru Beya. After a brief guitar solo, the song morphs into a call-and-response segment that is a hallmark of Afro-Cuban traditions, such as in this song by Cuban band leader Adalberto Alvarez.

What’s especially striking in this and other tracks on Landini is Aurelio’s bright guitar playing, acting almost as an accompanying voice to the chorus, or as in the case of “Nando” and “Nari Golu”, a featured voice at times. It’s based on a Garifuna musical style called paranda, but in Landini, Martinez really enhances the role of the guitar, adding additional layers of melody that opens up new musical possibilities. For example, you can almost hear the tropical rain as the guitar ushers in the uptempo “Funa Tugudirugu”:

Despite its sometimes sombre subject matter, Landini is packed with driving rhythms and lots of percussion, and is a very danceable record. It is also rewarding in the variety of styles that are layered between the different songs, and often within individual tracks. Most of all, the simple yet subtle beauty of Aurelio’s voice, combined with the infectious sounds of his guitar, make this a very refreshing listen that conveys his pride in the Garifuna people in a way that transcends the lyrics themselves.